Championship history, remarkable facilities and a top-flight coaching staff make it easy to see why The University of Texas volleyball program is considered one of the nation’s elite. Aspiring volleyball players now have a chance to train with the best and be a part of the storied Longhorns tradition at the Texas Volleyball Camp. Head coach Jerritt Elliott has developed one of the finest camp experiences in the nation, allowing campers to benefit from all the UT program has to offer.

In 15 seasons, Head Coach Jerritt Elliott has continually kept the Longhorns among the nation’s elite. His efforts to bring the program back to the top of the collegiate volleyball world came to fruition by winning the 2012 NCAA national championship, the program’s third national title and second in NCAA play. The 2015 season was no different as Texas returned to the NCAA National Championship match.  Texas has been in the NCAA Final Four for the fourth consecutive year and the seventh time in eight years. Texas also won the Big 12 championship, marking five consecutive years of finishing atop the conference and eight overall conference championships under Elliott’s watch. Elliott has a keen eye for young talent and he has developed a reputation as one of the nation’s best recruiters. continuing to add top recruiting classes to his Texas resume. Elliott’s peers have taken notice of his work in Austin, voting him the AVCA National Coach of the Year in 2012 while earning AVCA Region Coach of the Year honors in 2004, 2007, 2010, 2011 and 2013. He is also a five-time Big 12 Coach of the Year honoree (2004, ‘07, ‘10-12). The Texas Volleyball Camp, run by Coach Elliott, brings the training and instruction used in by the Longhorns to the camp gym. Elliott and his coaching staff strive to bring a positive experience to all campers, while working in a fun, hard-working environment. Leading the Texas Volleyball Camp staff are Associate Head coach Tonya Johnson and Assistant Coach Erik Sullivan. Johnson and Sullivan both bring a wealth of experience from the collegiate and international levels. These coaches are instrumental in helping Coach Elliott run one of the most successful camps in the nation. Additionally, many current and former Longhorns serve as counselors and coaches. The camp staff is bolstered by a bevy of stellar college, high school and club level coaches.

Don’t miss out on this great opportunity. Space is limited and camps are filling up faster than ever! Enroll in the Texas Volleyball Camp today!

Per NCAA rules, sport camps and clinics conducted by The University of Texas are open to all entrants. Enrollment is limited only by age, grade level, gender, and capacity restrictions as specified by each camp.

Receive information about our camps / clinics. 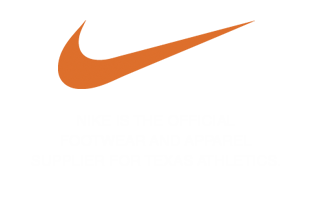